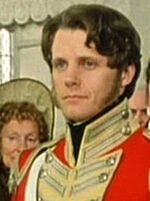 Those of you following my story, Saving Grace, already know that our dear, Colonel Richard Fitzwilliam, has returned from the Napoleonic Wars with what we now call Post Traumatic Stress Disorder (PTSD), but back in Regency England they would not have had the name or medical understanding that we have today. It was not until World War I that we termed the condition ‘shell shock.’
Research on the condition of PTSD in the 18th century has meant significant digging and well piecing together bits and pieces of information. Let’s say my research is ongoing. However, I can share with you background information on the Colonel’s condition.

PTSD is not limited to just re-experiencing though. There are many pieces to the puzzle. There are the attempts to numb or avoid the topic of what he experiences. Colonel Fitzwilliam does this with copious amounts of alcohol. There could be outbursts or anger or they may have difficulty in social situations. There are many aspects of PTSD and a whole paper could be written on them.

The 19th Century Victorians called the condition Railway Spine. This was a result of the appearance of the railroads and in turn railroad accidents. The symptoms of railway spine were associated with “hysterical” physical symptoms where individuals complained of bodily complaints, but who had not actual bodily injuries. I have yet to find evidence to support this theory, but it is conceivable that if you exhibited these symptoms you may land yourself in the mental ward, which back then would probably have been more terrifying than the actual PTSD.

However, we are in the 18th century. The Napoleonic Wars were long and drawn out and it is not inconceivable that soldiers did not return with PTSD. They just would have had a different name for it. In regards to the Royal Navy they were believed to just be melancholy. War and its consequences (death, disease etc) were so commonplace during the 18th century that those who had symptoms of PTSD were called cowards. The name’s they had for PTSD were ‘cerebro-spinal shock’ or ‘wind contusions’. The condition was treated with skepticism which had to be difficult for a soldier who had no physical wounds.

That is a brief background of 18th century attitudes to the condition of PTSD. It is also a very brief explanation of how PTSD affects Colonel Fitzwilliam. I do not claim to be an expert, but wanted to provide my readers some background to understand Colonel Fitzwilliam. I try to treat the Colonel’s PTSD with the utmost sensitivity as even today there is a stigma attached to soldiers who have PTSD. It is not a fun experience I would image, but very real.

Well, I am off to work more on Saving Grace. :) Colonel Fitzwilliam has been very difficult lately in regards to achieving happiness. Sigh, these men in uniform are so domineering.
Austen Inspired Book Releases today: 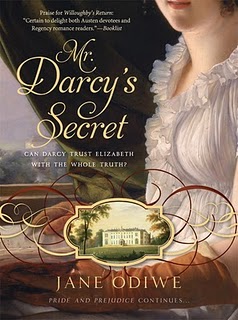 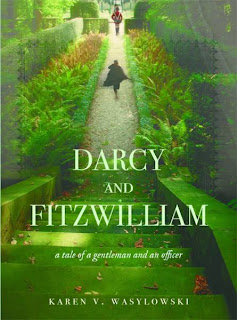